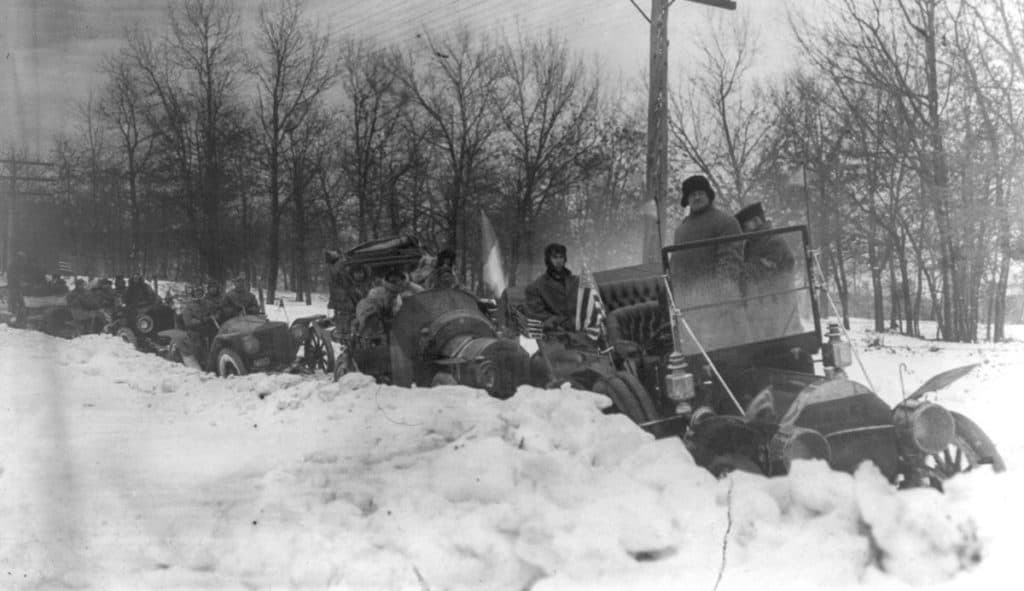 Yup, auto race. From New York City to Paris. In 1908. Also, it was winter. These men were nuts, one of them even challenged one of his teammates to a duel. That’s right, a duel, as in “pistols or swords?” kind of thing. To spice things up even more, the teams seem to have treated the rules more as guidelines, using any and every trick they could to get the upper hand.

In 1908, the New York Times and a French newspaper, Le Matin, sponsored the insane race. On the 12th of February, a quarter of a million people came out to see off the 6 race teams. The course would go west through the United States until the drivers hit the west coast where they would turn north, through Canada and Alaska, then the race organizers hoped the Bering Strait would be frozen solid and allow the cars to drive into Siberia. From there they would continue west into Europe and end in Paris. This would be a fairly epic road trip today, but keep in mind that highways weren’t a thing yet and the majority of the course was in complete wilderness. 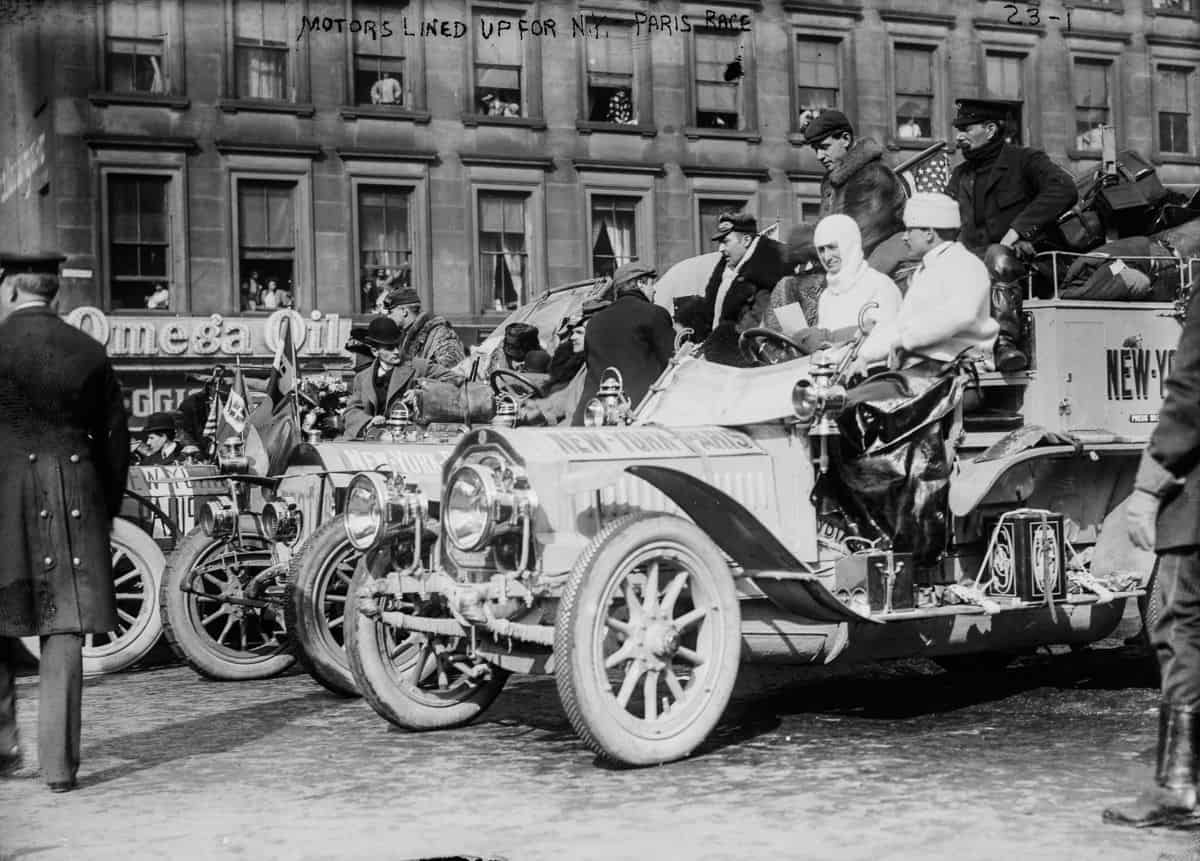 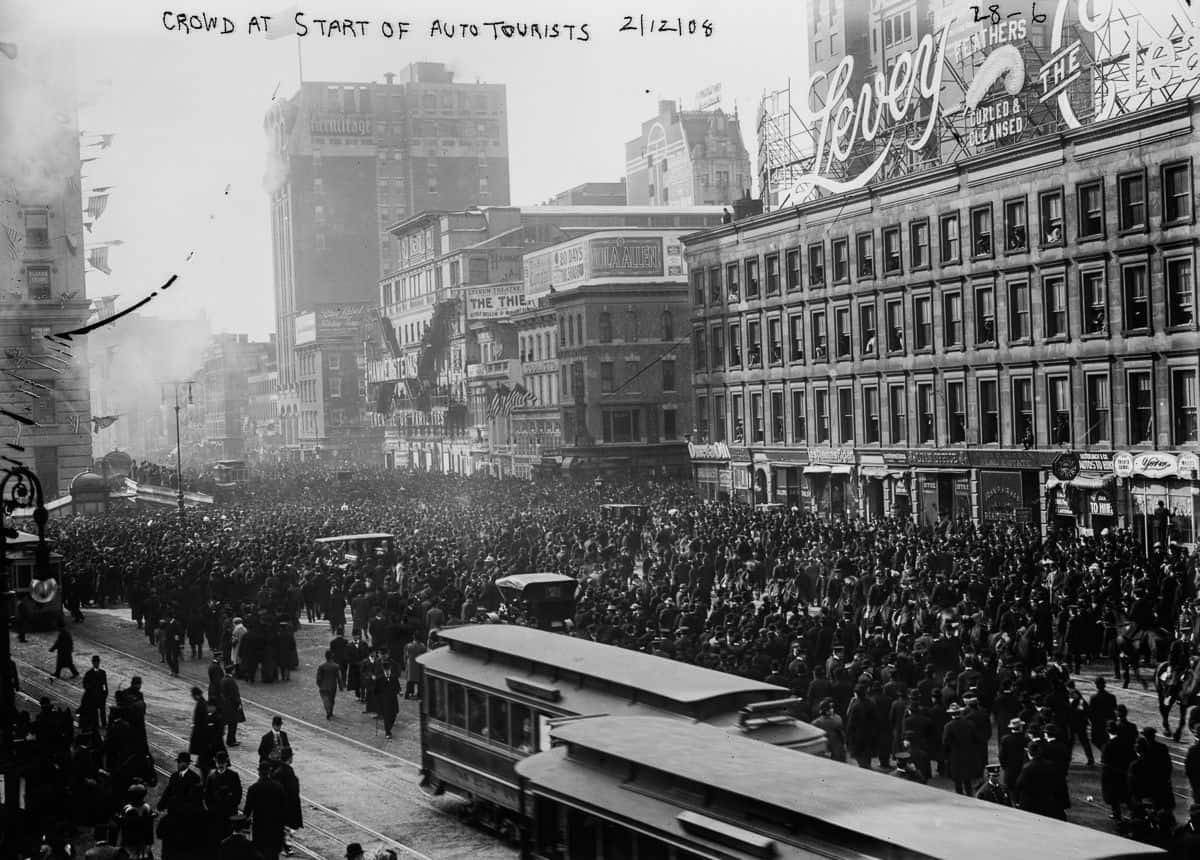 Among the 6 teams were adventurers, daredevils, a German aristocrat, and a mechanic from Buffalo. 3 of the cars were French, 1 American, 1 German, and 1 Italian. Ominously – and perhaps expectably, given the cars of the day – one of the French cars dropped out before making it 100 miles due to a broken differential.

These early cars were hardly Land Rovers; despite being a race, the winter conditions forced the cars to crawl forward in single file, stopping often for repairs. The teams had to forge truces, but they were quick to abandon them as soon as conditions allowed.

”
I do not like the Americans as a whole, just as I do not like the cheesemonger whom a prize in a lottery or a sudden rise in the price of potatoes has made wealthy. There is still too much of the herdsman about them.
“
-Antonio Scarfoglio, Italian driver 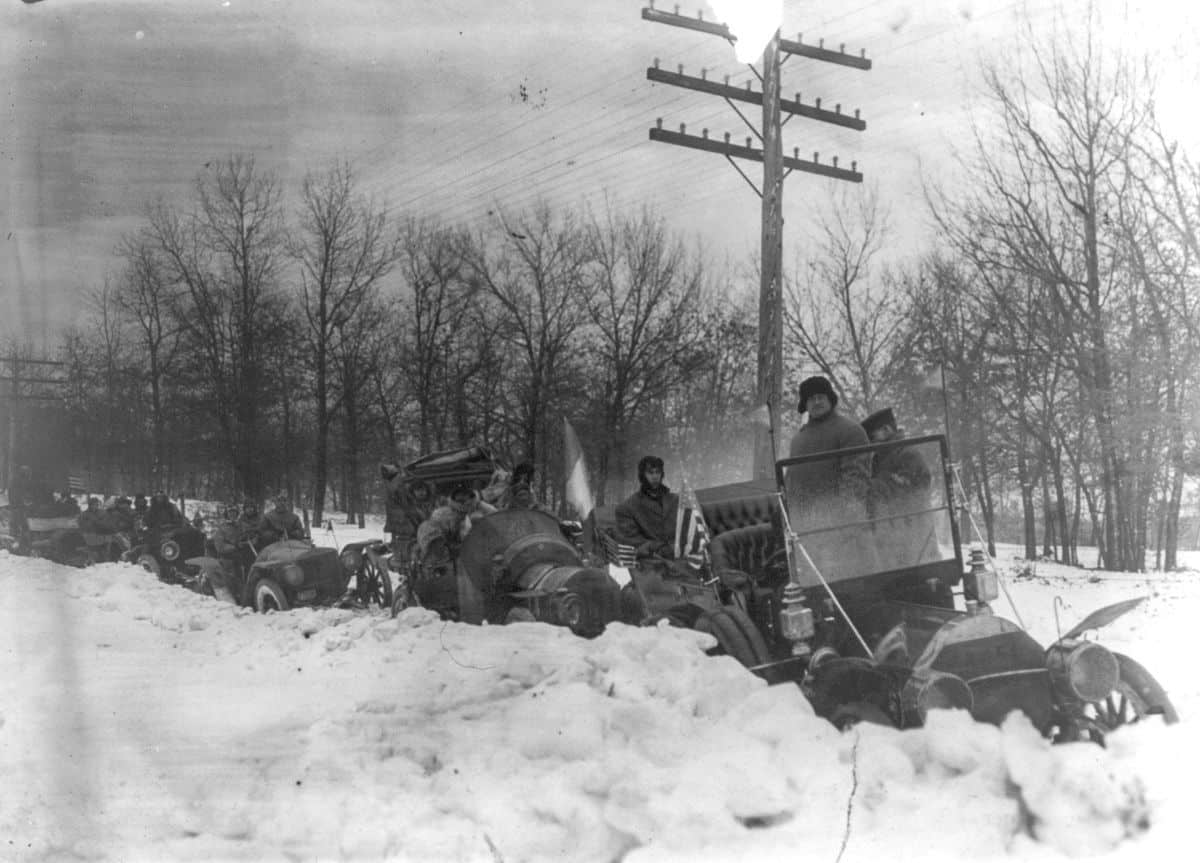 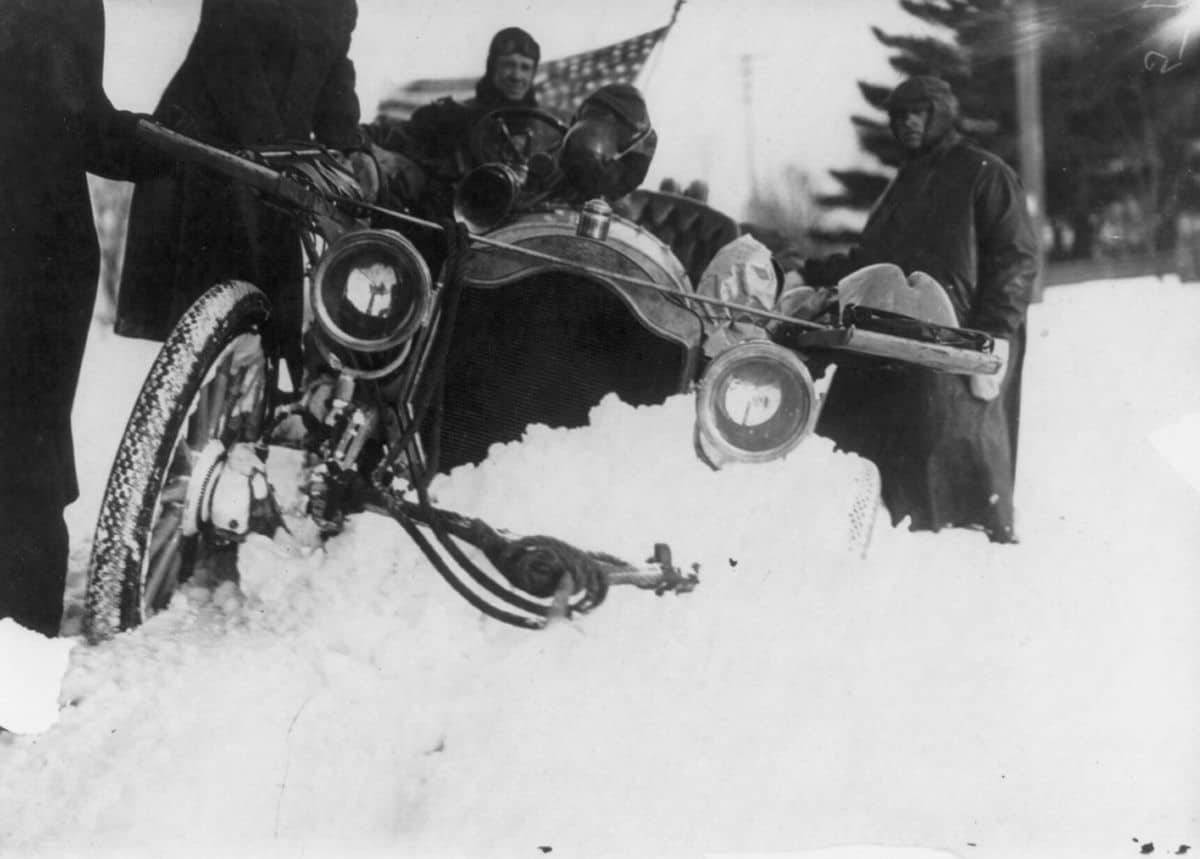 With the help of their countrymen, the American team quickly gained a sizable lead. Excited crowds of locals would rush out to help the American car. Meanwhile, the foreign teams would have to pay and beg for even the slightest assistance. The Americans even picked up a Frenchman who had been kicked off his team for challenging one of his teammates to a duel. After 41 days, they reached the west coast and had their car shipped to Alaska. At this point, another French car dropped out due to constant mechanical failures. Once in Alaska the Americans, and the race organizers, found that the Alaskan wilderness is completely uncrossable.

The race course was altered, now the racers would ship their cars across the Pacific, directly from Seattle. By the time the Americans made it back down south they were way behind, with the other cars already on their way across the ocean. To make up for their detour, the organizers gave the Americans an extra 15 days to finish the race (so if they cross the finish line up to 15 days after the first car, they would still win) The organizers also penalized the German team 15 days for shipping their car by train through the second half of the United States.

The cars all caught up with each other in Vladivostok, where the last French driver had a sneaky trick waiting for the others. He bought up all of the gasoline in the area so as to delay the other cars until more fuel arrived. The Frenchman offered the gasoline to whichever team would take him onboard. The offer was taken up by the Italian team, but this disappointed his sponsor who pulled him out of the race.

The three remaining cars pushed through the boggy thawing tundra of Siberia, then down through Manchuria. The Germans were in the lead, closely followed by the Americans. Despite the fuel advantage from the Frenchman, the Italians were 1,000s of miles behind. 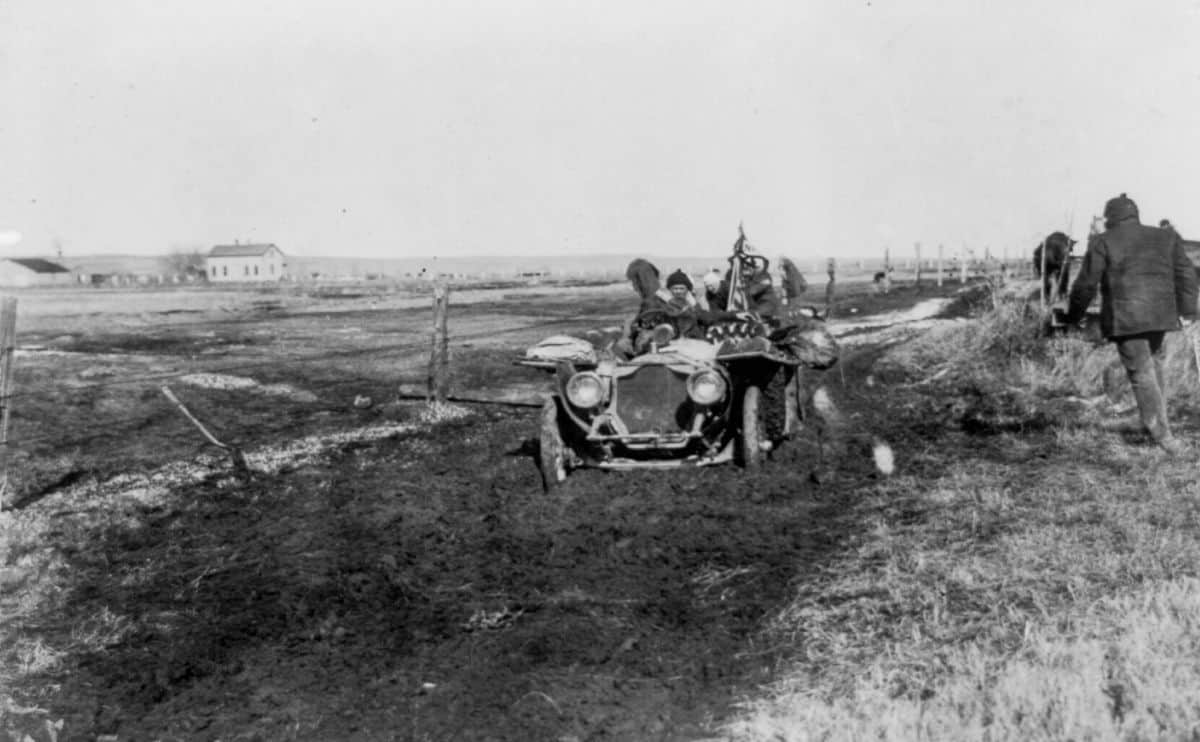 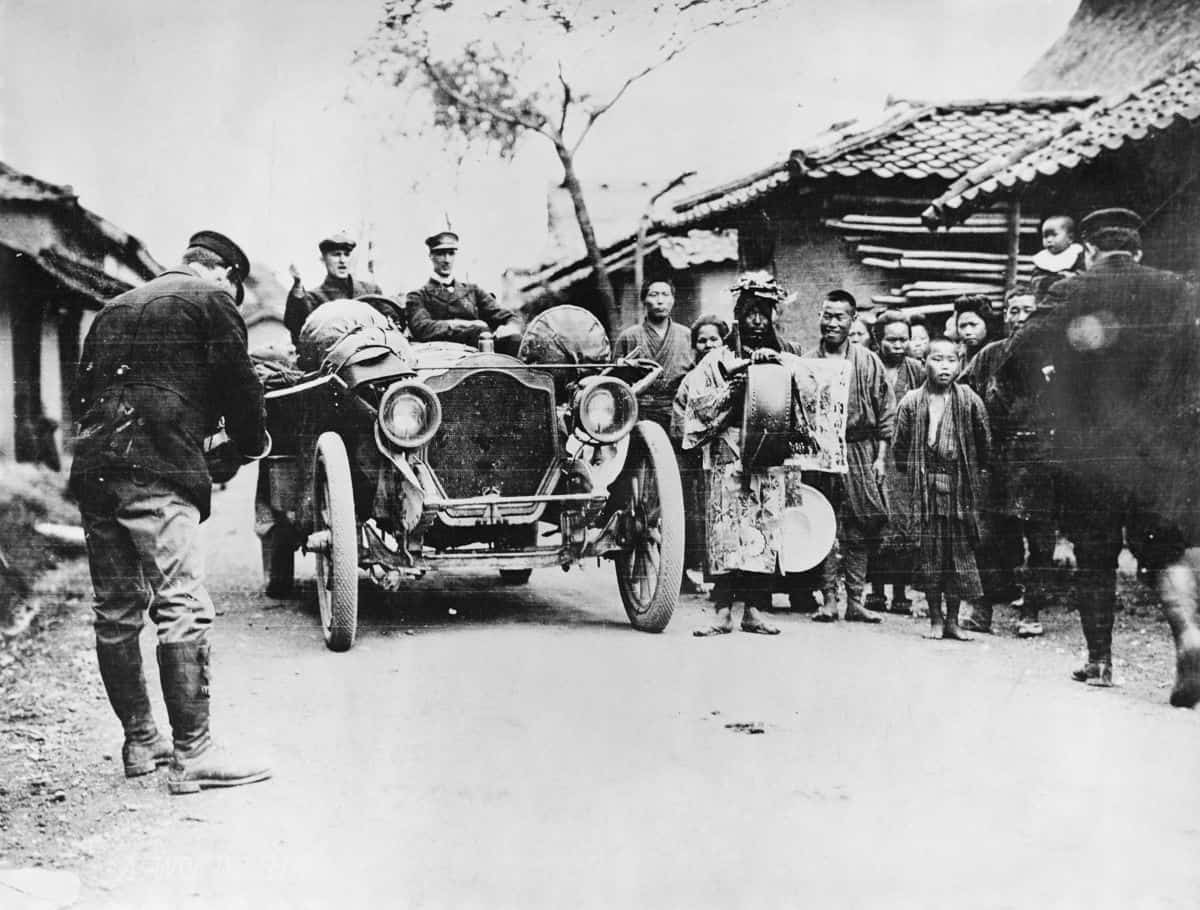 ”
We shall be met on the road by Chinese brigands, Manchurian tigers, fever, plague, pestilence, famine — to say nothing of the mud after three months of rain, mosquitoes as big as locusts and other similar delights.
“
-Antonio Scarfoglio, Italian driver

After driving for 5 and half months and covering 22,000 miles, the German car drove into Paris on July 26th. However, because this was France, the Germans received a cold welcome. What’s more, due to penalties and allowances, the Americans had 30 days to finish and still win. The Americans wouldn’t need that much time; 4 days later they drove into Paris, received by a warm and ecstatic crowd. The Italians wouldn’t arrive until Sept. The mechanic, George Schuster, was the only American who had gone the full distance. He got a 1400 pound trophy and some fame, but before long he returned to his day job at the Thomas Automotive Factory. 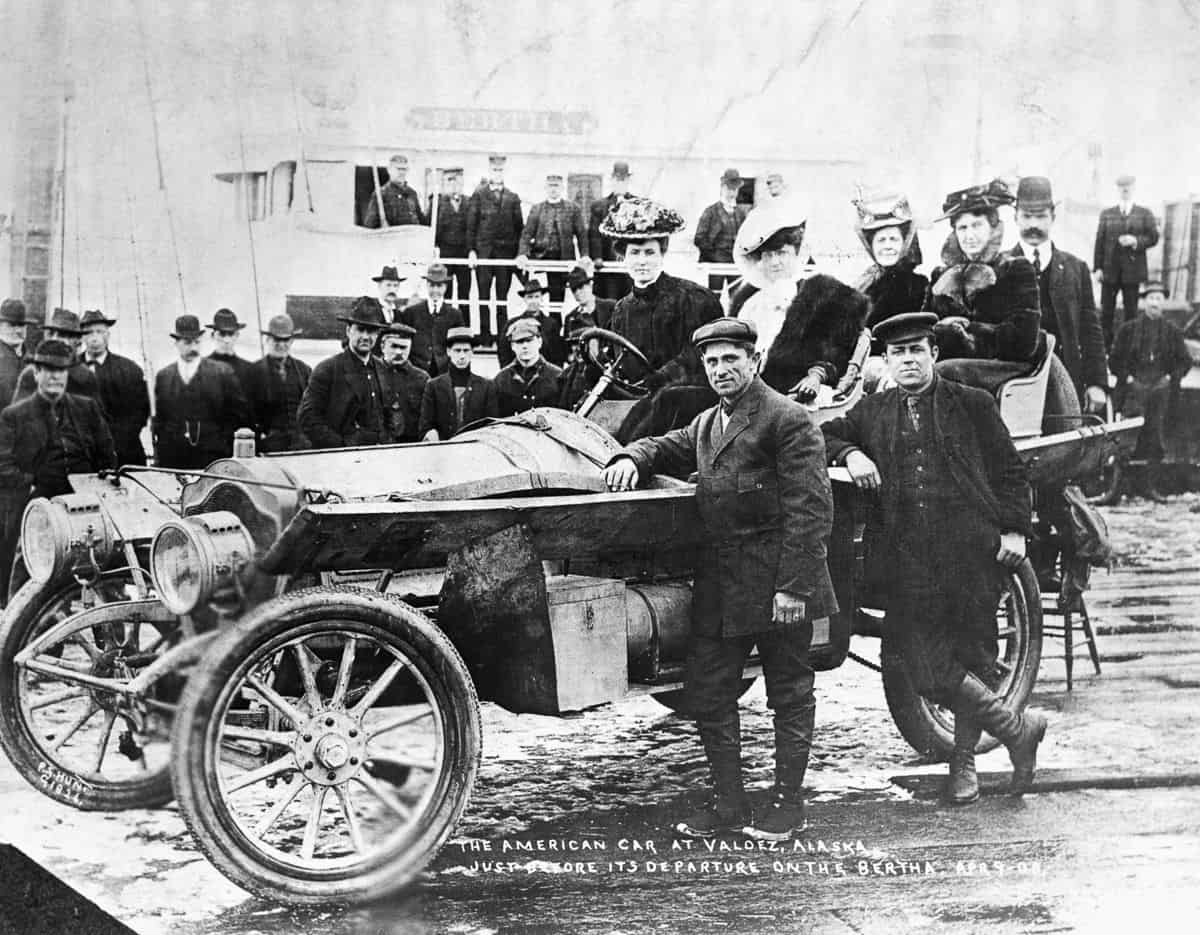 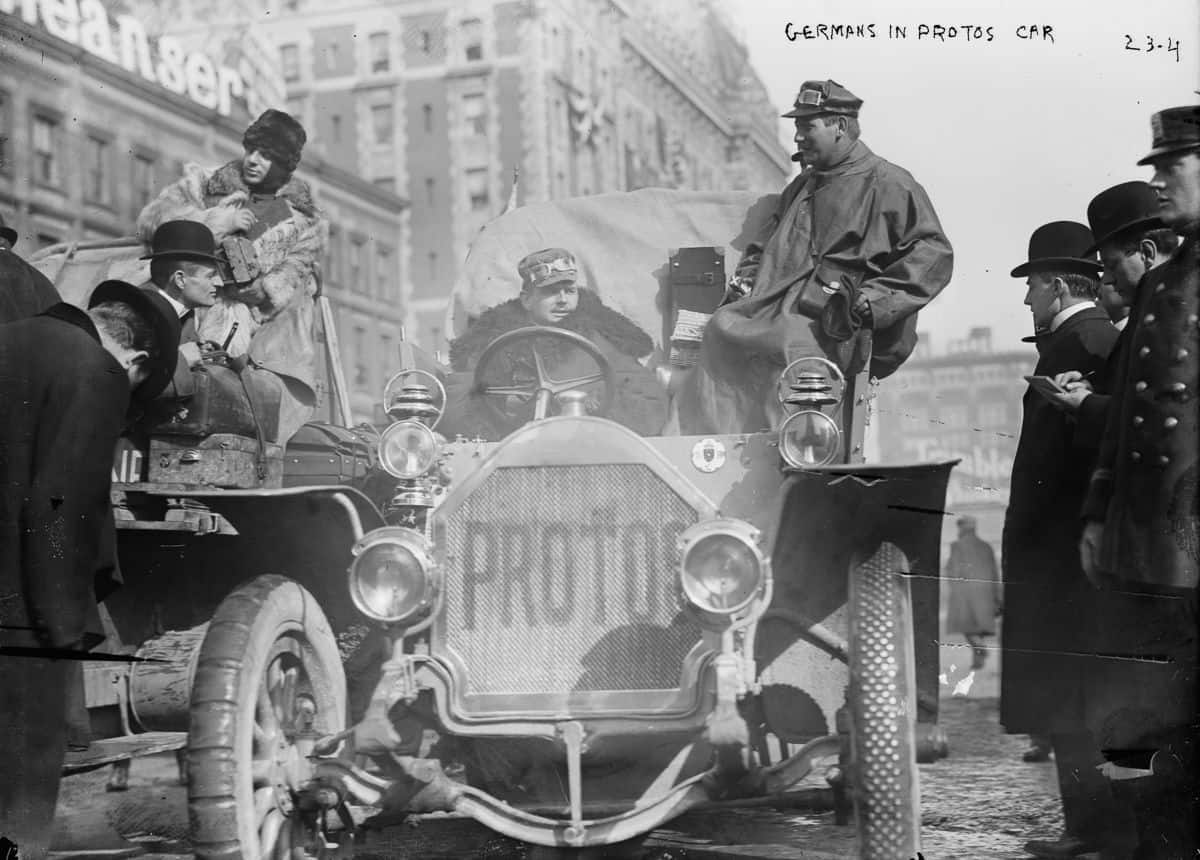 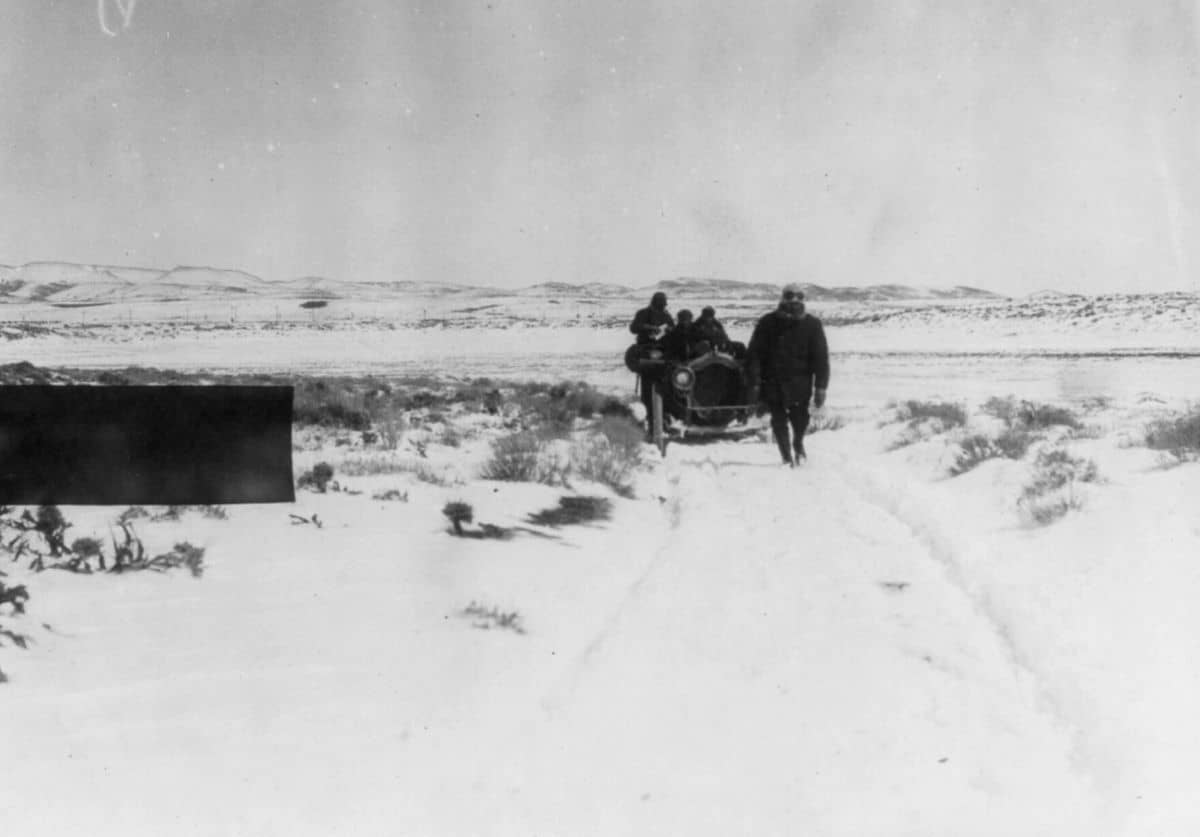 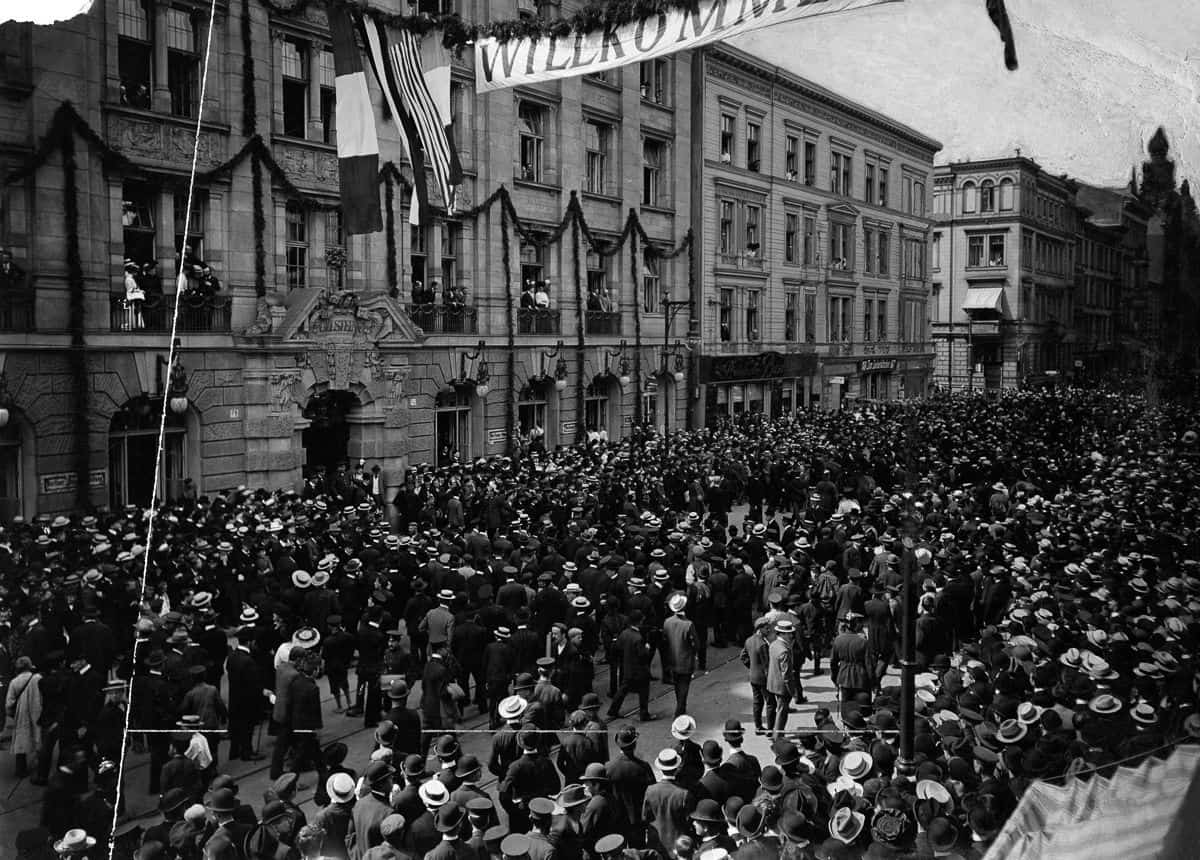 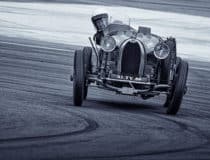 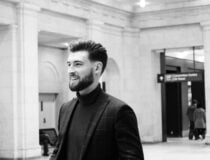 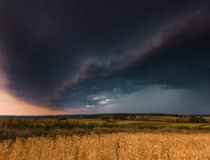 Weather proverbs that are actually true