Future predictions from the early 1900s 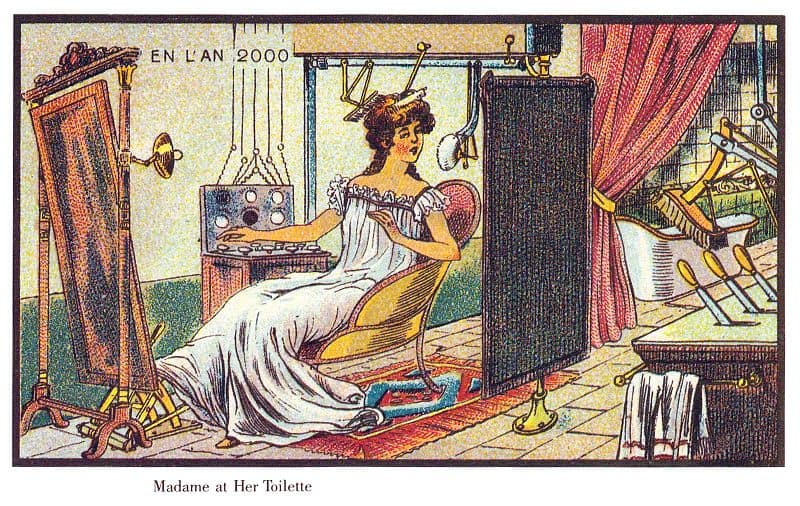 “Experts” trying to predict what marvels the future will hold is nothing new as these cards from just over 100 years ago show. What is suprising, is how much of it they got “right”. Sure, today’s tech doesn’t work in the way that is depectied, but it does achieve the same thing. If anything, the reality is better than the prediction. Let’s hope that holds true of the predictions being made today! 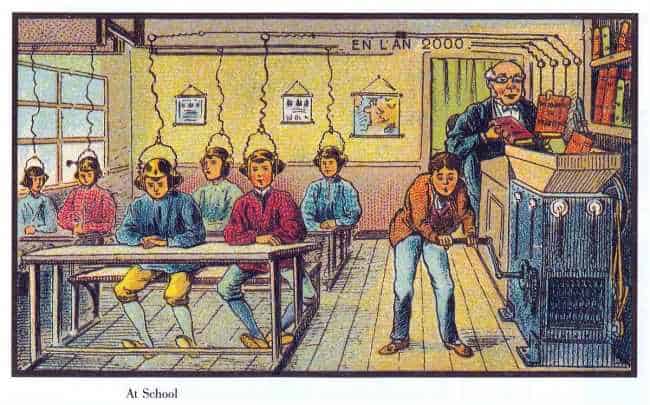 If only learning a new subject was this easy. I’m sure nearly every student has wished they could study for their exams by sleeping on their textbooks. Sadly, we’re still waiting on this tech. 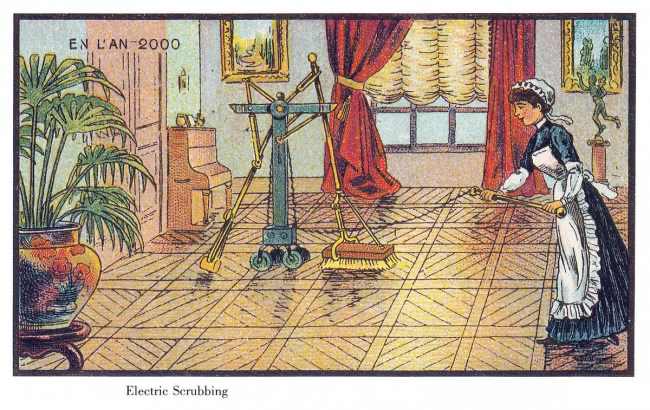 Not only do we already have this tech, but a roomba is considerably smaller and more convientent as it doesn’t require one to pull it along. 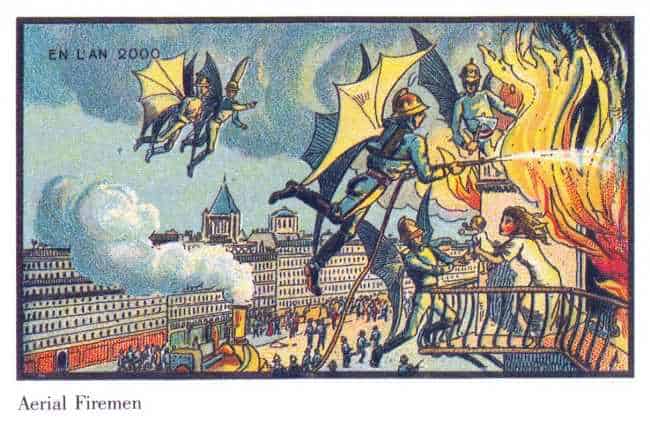 Or just use, like ladders? Doesn’t seem like a whole wing suit is needed. Plus, imagine the drafts from a burning building. It would be nearly impossible to fly near one.

Well, we don’t have flying taxis yet. But a number of companies (such as Google and Uber) are actually spending money on building and testing prototypes, so we may very well have them sooner than many think! 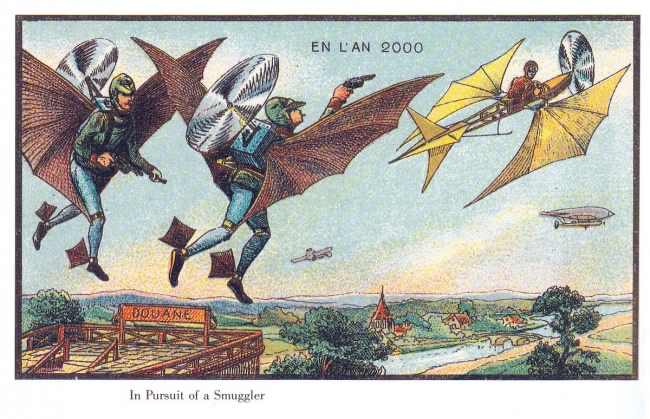 I suppose flying was a brand new technology in the early 1900s, but man, they really wanted to see that technology explode! 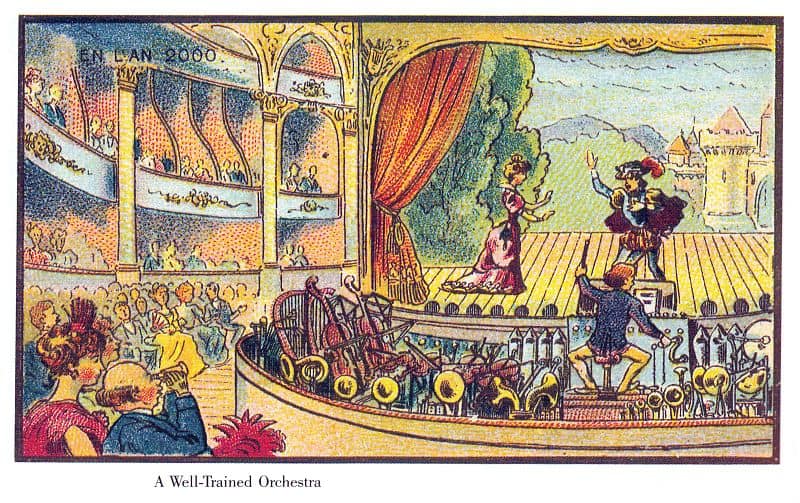 Another example of something that they got “right”. Yes, we do have automated sound machines, but we, obviously, don’t rely on having the actual instruments. Instead, everyone has a speaker on their phone and in their homes. 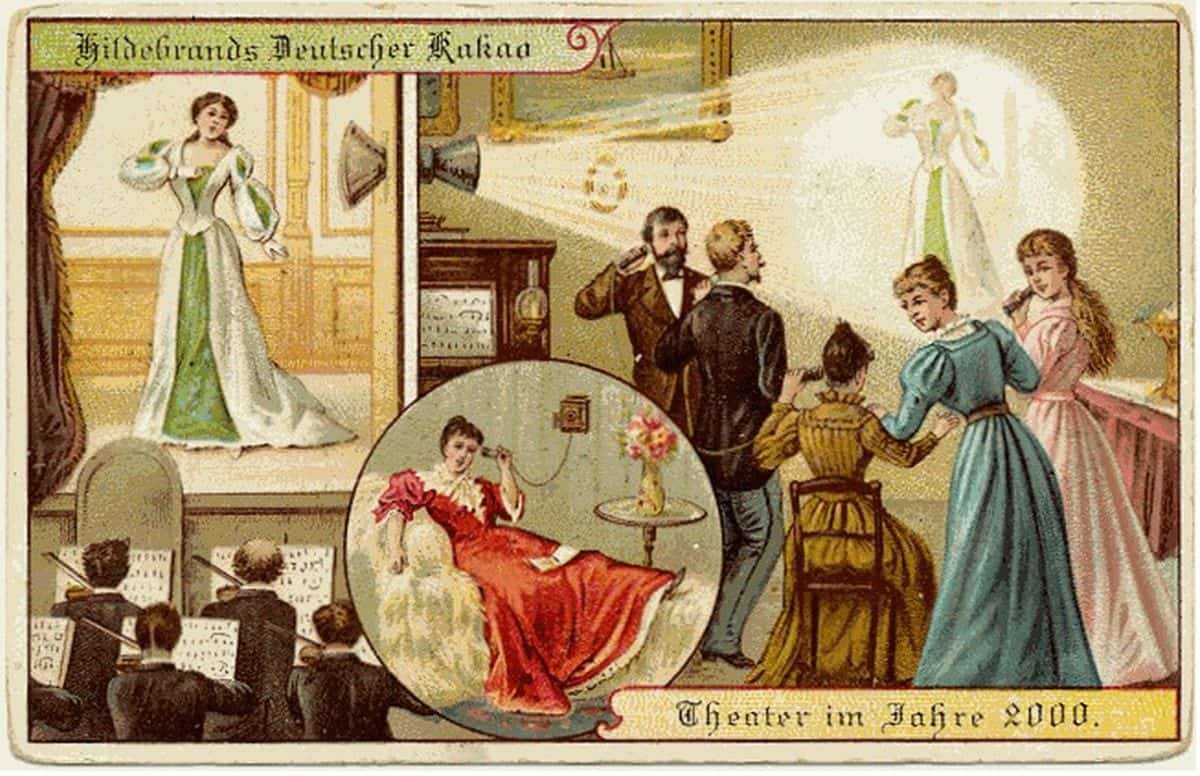 And here’s their thought on how a play could be broadcasted. Though, why not combine the automatic music machines of the last one with this one? 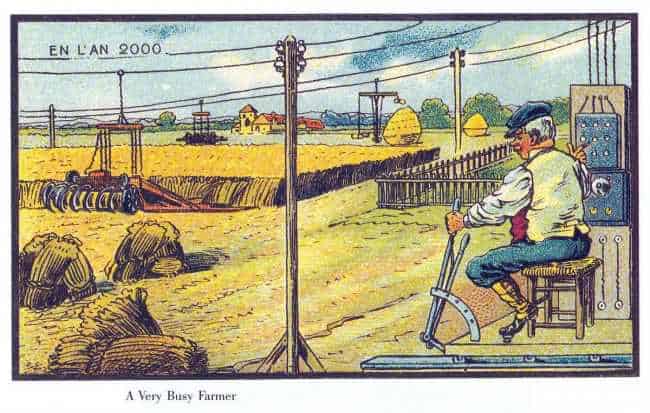 Also, fairly accurate. Many of the world’s largest farms are fully automated these days, with the farmer simply keeping tabs on the machines to ensure that nothing goes sideways. 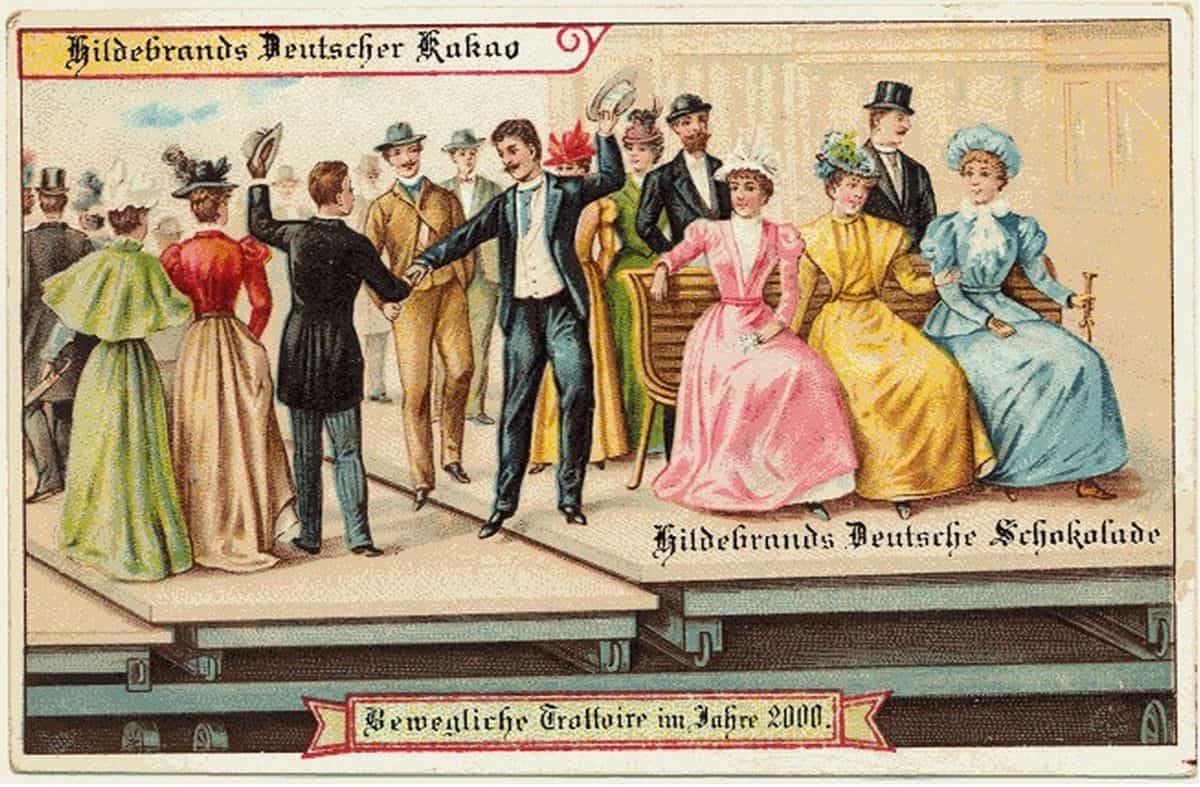 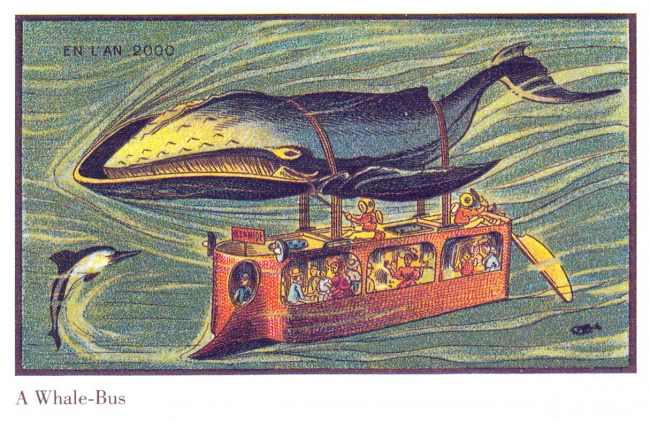 A genius idea if you ask me, if not for PETA, and also electric motors. 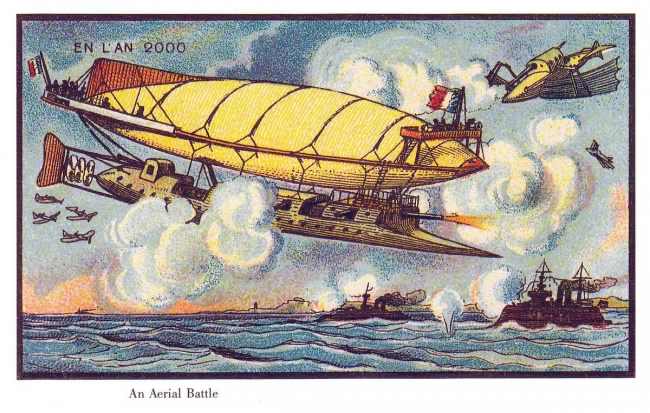 Zepplins were also all the rage at the time. Though, a flying battleship seems pretty easy to knock out of the sky. 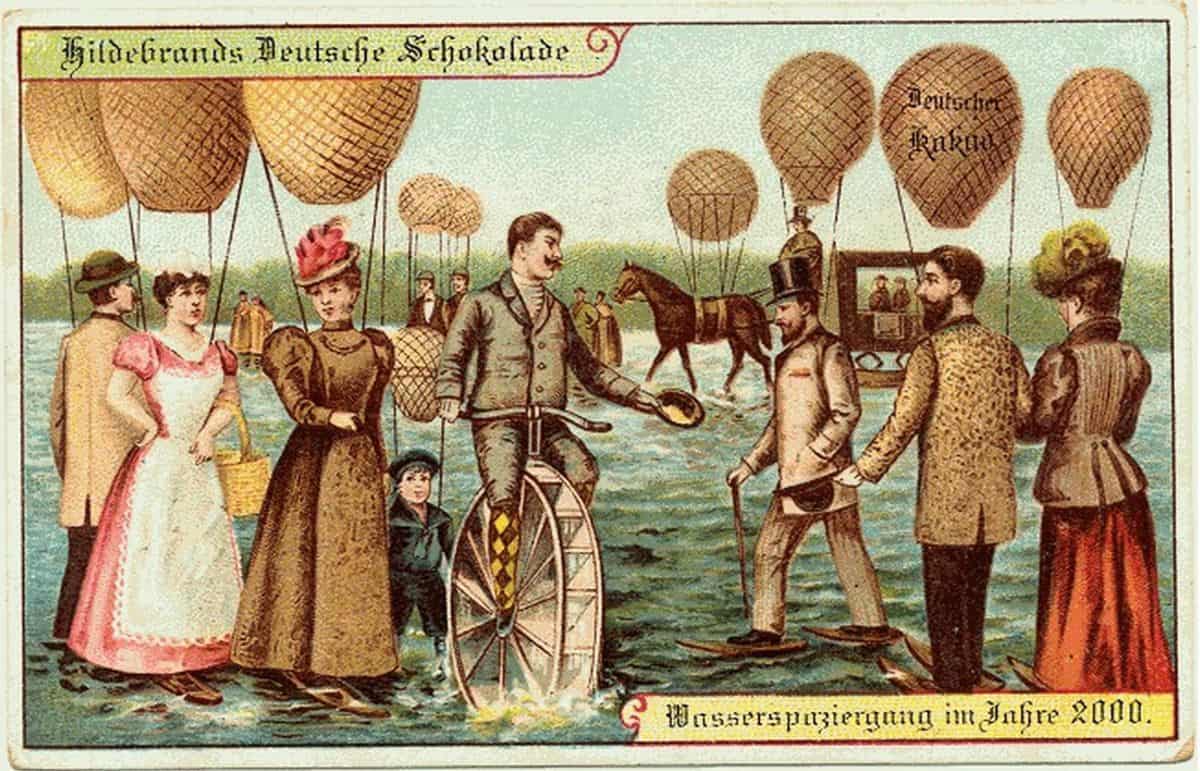 Not sure what the point of being able to ‘walk’ on water really is. But like I said, the sky was the new limit and they loved anything and everything that had wings or balloons. 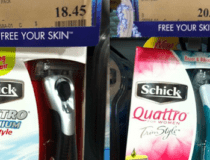 Why Women Should Use Men’s Shaving Razors 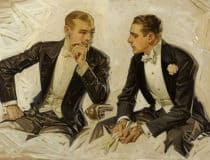 5 Ways To Increase Your Personal Magnetism 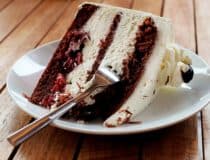 Flexible Dieting: Have Your Cake And Eat It Too